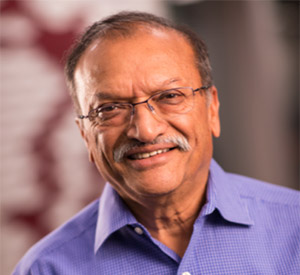 Co-Founder
Executive Chairman of the Board

Dr. Patel is currently the founder and managing director of Patel Family Investments (2014), an industry luminary and an active investor in over 20 biotech and technology companies from around the world. As part of this investment activity he co-founded and was the managing director of vSpring Capital ($400 million under management) from 2000-2014.

Prior to his work as a full-time bio-tech investor he co-founded and led several biotech companies, many of which were sold or secured successful IPOs.   They include:

Dr. Patel also served on the board of Mediconnect Global, a worldwide leader in medical record retrieval, digitization, and one of the largest cloud based health information exchanges. In March 2012 Mediconnect was acquired by Verisk Analytics (VRSK) for over $377 million. He currently holds 15 US Patents and Foreign Counterparts.